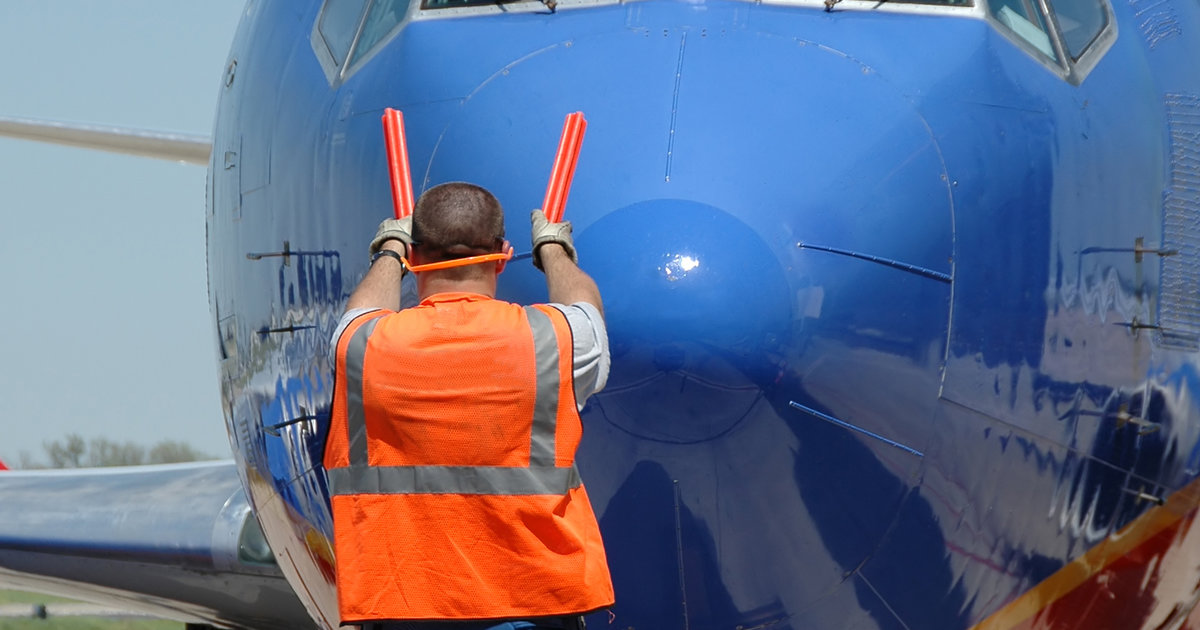 The IAM Joint Air Transport Safety Committee (JATSC) opened its annual conference yesterday at the IAM’s William W. Winpisinger Education and Technology Center with over 100 safety representatives from Districts 140, 141, 142 and the TWU-IAM Association. During the conference opening, ExpressJet Flight Attendant Alyssa Schulte from Local Lodge 2339-O in Chicago, was presented the JATSC Appreciation Award for preventing a catastrophic air disaster by insisting a United Express flight not take off due to ice build-up on the aircraft’s wings.

On November 27, 2015, amid an ice event in Lubbock, TX, Schulte, a two-year flight attendant, alerted the flight’s captain that there was still ice built up on the aircraft’s wing after deicing procedures occurred. The cockpit then contacted the ground crew and the ground crew assured the pilots that the aircraft was deiced and “good to go.” Schulte insisted that there was still ice on the wing and demanded that it be inspected. After the cockpit crew inspected the wing, it was determined that a dangerous amount of ice was still on the wing and the flight was cancelled. United Airlines then cancelled all flights from Lubbock that day.

“I’m thankful and honored but it wasn’t all me,” said Schulte. “I had a great crew who was watching out for everyone on that plane. Safety is everyone’s responsibility and we all did our part to ensure that.

“I’d like to thank Alyssa for insisting that that aircraft not take-off, which likely saved lives. Sister Schulte is an example of the dedication and professionalism of all IAM-represented flight attendants,” said General Vice President Sito Pantoja. “I’d also like to thank the JATSC and all the IAM safety representatives in North America whose hard work and dedication make IAM members safe on the job.”

After the award presentation, the conference was kicked off by JATSC Chairman Ron Miller who welcomed the delegates. During the week, the safety representatives will tackle important issues such as accident investigation, conflict resolution, OSHA regulations and policies and emergency evacuations, among other topics.