Unions and Airlines United for Safety 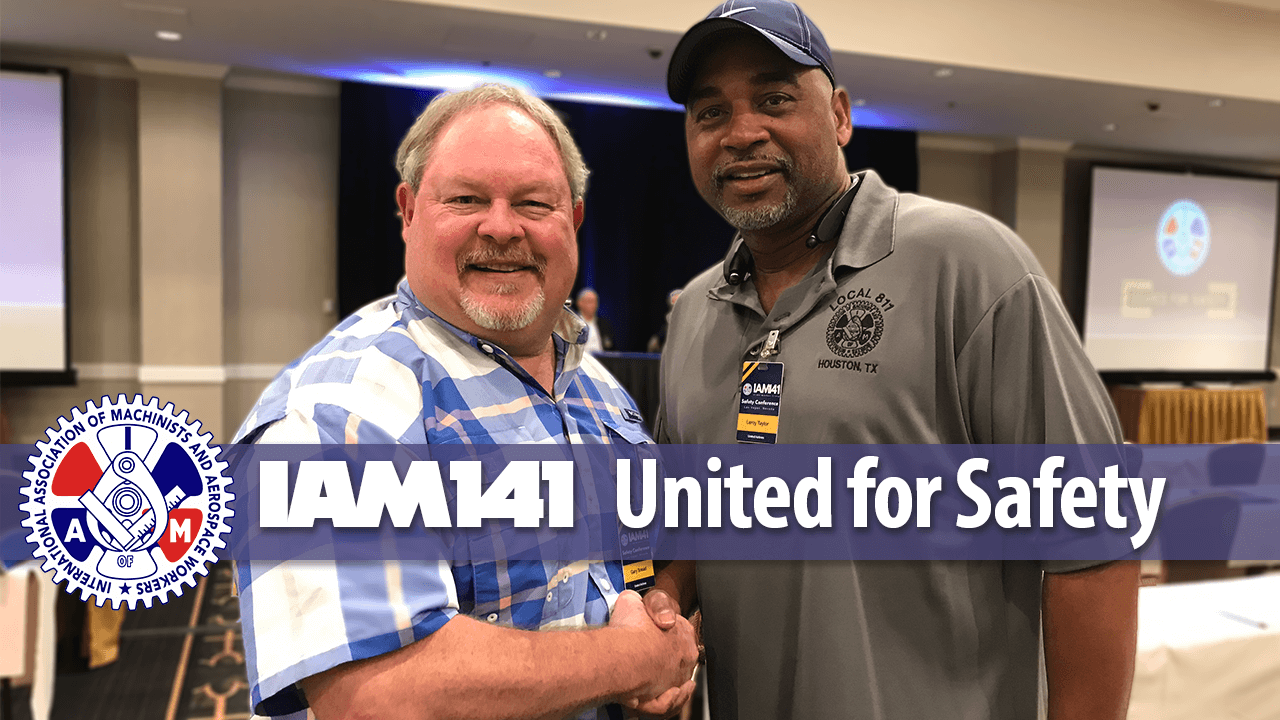 To reduce the number of workplace accidents at our nation’s airports, union activists promised to form stronger partnerships with airline and industry leaders at the IAM141 Safety Conference, which began on Tuesday. 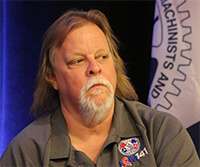 Bill Salo is the IAM141 Safety Director (United Airlines.) His work has led to safety policy changes at airports around the nation.

The IAM141 Safety Conference is an annual event that brings together union leaders and activists, company representatives and workplace safety experts from around the nation to discuss the topic of workplace safety. Each year, attendees review ongoing safety issues and priorities and develop employee-level strategies for enforcing workplace safety.

Throughout the conference, speakers repeatedly underscored the importance of front-line workers actively partnering with company-based safety teams. “It’s crucial that we’re working with the company.” Said Bill Salo, who, along with Tony D’Aloiso and Kaulana Pakele is a Safety Director at IAM141. “As union members, we sometimes disagree with companies about a lot of things, but safety is not one of them.” 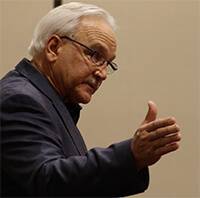 Union activists and leaders were quick to acknowledge the need for well-planned company-led safety programs and training but insisted that these programs are not enough by themselves. Worker-led programs and front-line safety reporting are also needed. 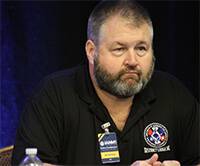 Erik Stenberg is the IAM141 Director of Safety. ““The workers have the information that companies need to make policy decisions regarding safety.”

“The workers have the information that companies need to make policy decisions regarding safety.” Said IAM141 Safety Director Erik Stenberg. “We know and understand the work and the challenges that front-line workers are facing on the job. If we can get this information to company managers, they can make better decisions about company policy.”

“We’re trying to work together. We’ve invited the company to attend this conference, and they have been very receptive to us so far.” United, Hawaiian, and American Airlines all sent representatives from management as well as front-line workers to participate in the Safety Conference. 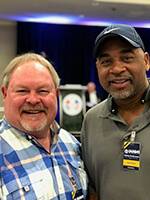 Airline managers are happy to welcome the help of front-line workers. “I think this partnership is great, and it’s here for one goal. And, that’s creating a safer and healthier work environment for everyone.” Said Gary Snead, the Safety Supervisor of Airport Operations at the United Airlines’ massive Houston hub, Gary Snead praised the efforts to team up with union members.

Echoing the sentiments of union-side safety advocates, Snead went on to say, “You know, the company and the union don’t agree on a lot of things, but we are united for safety.” 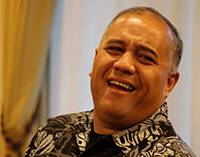 Kaulana Pakele is the IAM141 Safety Director for Hawaiian Airlines. Pakele has helped ensure that IAM Members have direct lines to management whenever they are reporting safety issues at work.

IAM141 President, Mike Klemm praised the partnerships as he delivered the opening remarks at the 2017 Safety Conference. Pointing out programs such as the GSAP reporting system and the IAM safety tracking system “UnionSafe,” he repeated the sincerity of the efforts of both sides to improve airline safety.

“Safety has improved, and will continue to improve.” President Mike Klemm said, “Obviously, our members coming home, and the company’s employees coming home, the same way they went to work is crucial to both the company and the union. Until we arrive at the day where nobody is getting hurt on the job, we will always strive to improve on safety.”